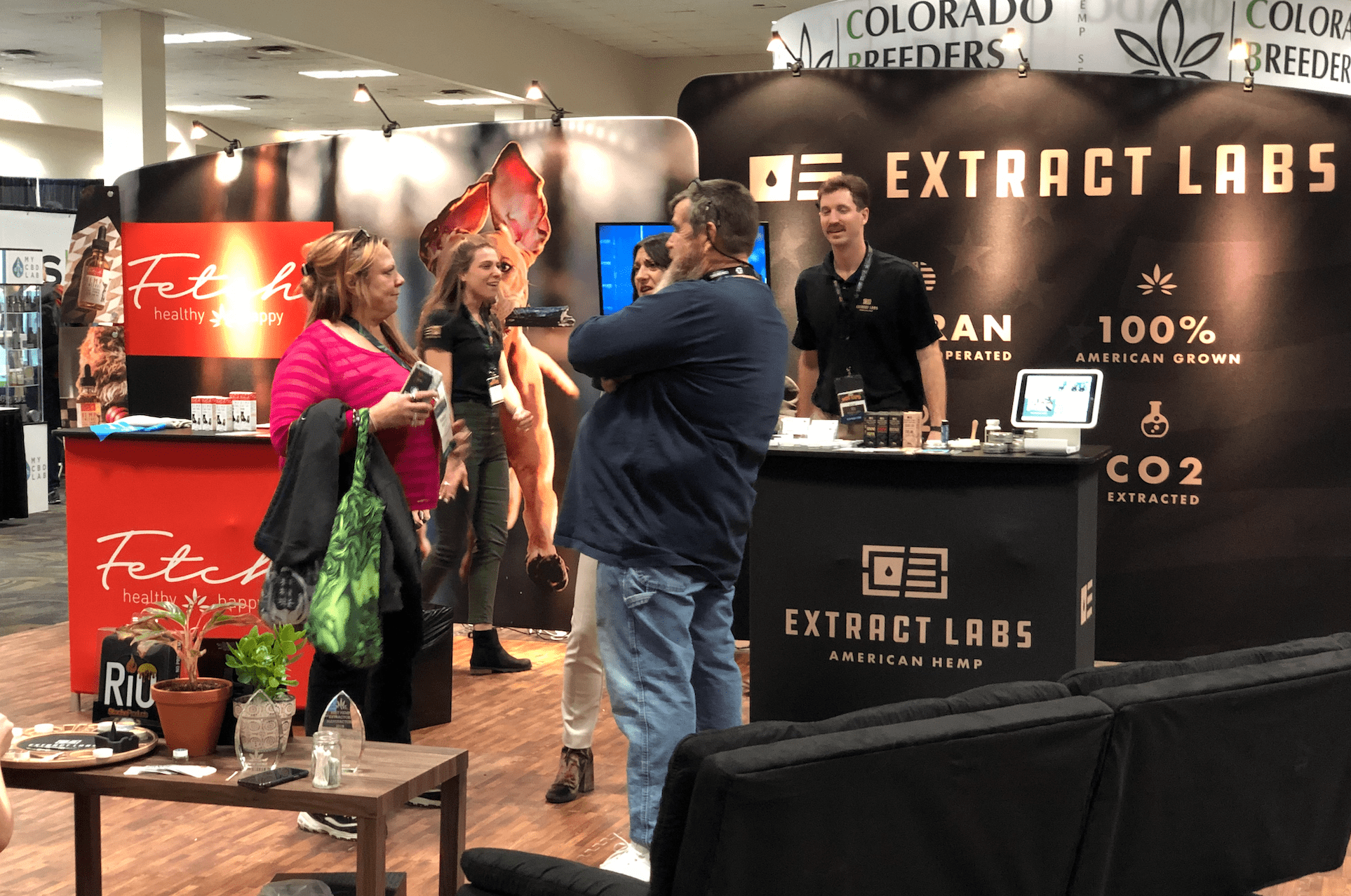 It’s not a show you need to attend unless you are actively working in the industry, or a grower. It felt like a smaller MJBizCon, almost a behind the scenes look into the biz (see our coverage of MJBizCon here).

Just about every genetic and strain of cannabis seeds could be found. After our episode with Gardener Jeff, we were curious about Auto-Flower seeds and were surprised to get a ton of skepticism for autos – many saying they have never smoked a good auto flower bud, that they don’t trust them, or that they just aren’t willing to bother with the inferior plant. But there were some to be found. 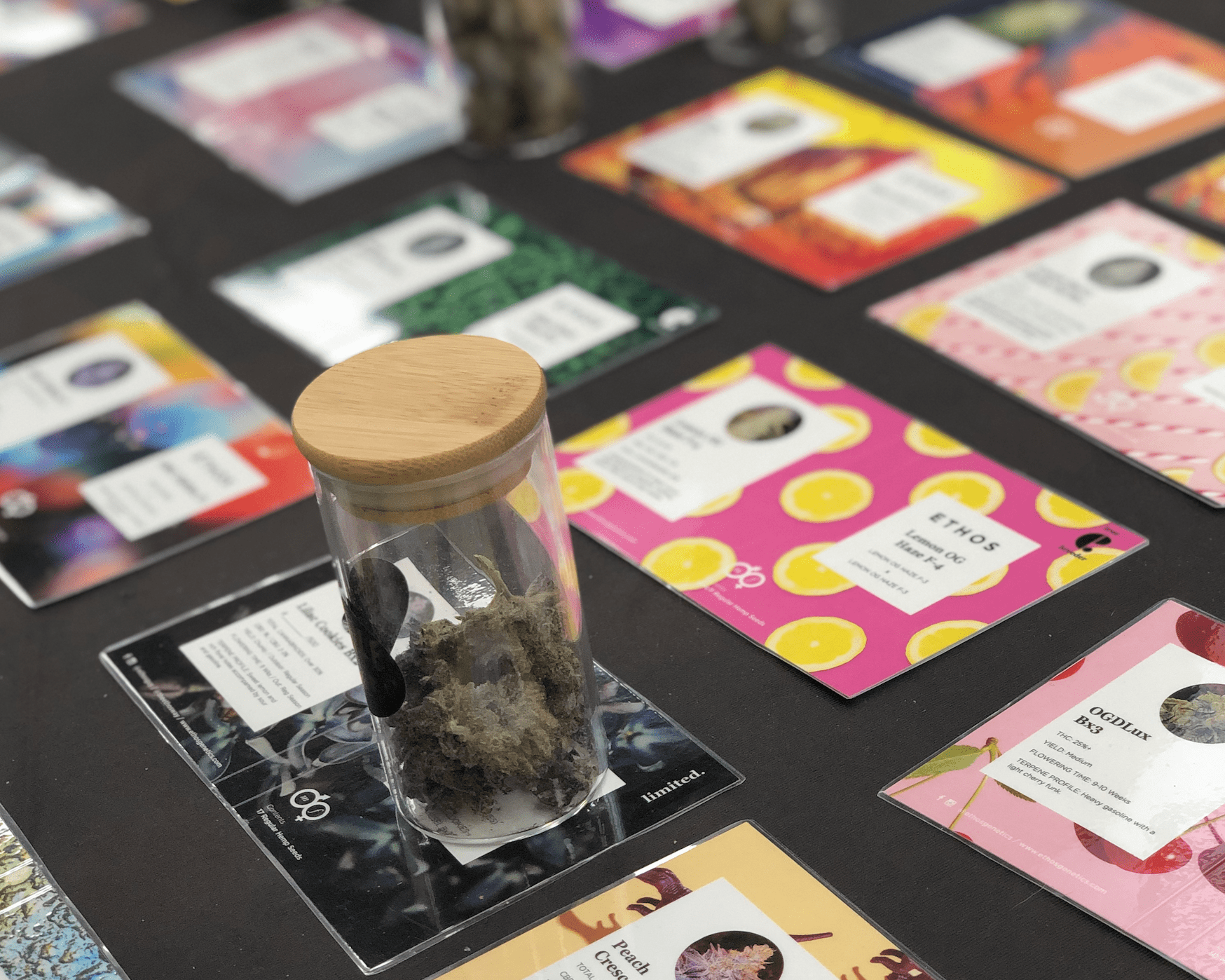 There were also a few booths capitalizing on the CBG trend – though we weren’t able to squeeze too much information out of them about why it is better/different than CBD.

Most said it was a busy show – with the exception of some in the hemp Pavillion, which seemed to get a little less traffic.

We documented some of our favorite booths of the show. Check out the Best of IndoExpo Below.

Fused Form was 3D printing beautiful vases out of Hemp! Biodegradable in about 80 days – just about anything could be printed with hemp on these machines. Not only was it captivating to watch a machine printing out of hemp, but it could have some great potential for materials that we use of packaging and beyond.

We were surprised to learn that the 3D printing machines really aren’t that expensive, starting at $1,600. The manufacturer of these Machines, Fused Form, is out of Colombia. The booth at Indo Expo was run by the US Official reseller The 3D Printing Store and can be found here.

We were intrigued by LightWave Sciences”Cannalyzer” a portable cannabis analyzer that offers instantaneous potency tests for cannabis or CBD products. With the ability to test flowers, tincture, or topicals – this tiny machine could be incredibly helpful in the field.

If you are in the industry or even just curious – you have probably noticed the recent rise in interest for the CBG cannabinoid. Said to have many of the same if not superior healing effects that CBD has – CBG is the “Mother of All Cannabinoids”. There were few booths at the show offering CBG so when we saw it at Blue Forest Farms we had to learn more.

Black Dog LED for a Great Booth and Potent Aroma 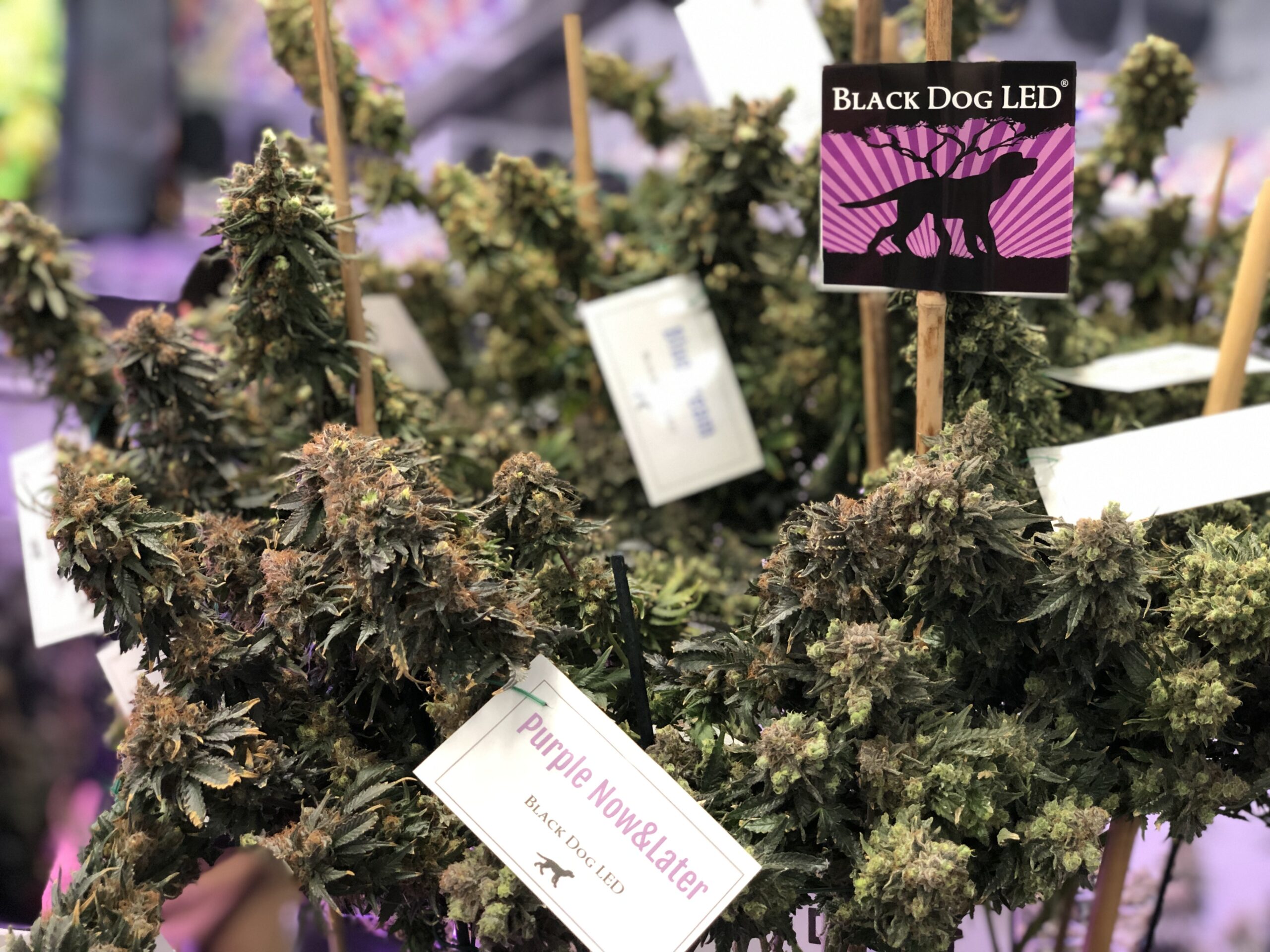 We have to comment Black Dog LED for a show-stopping booth. Grow lights are fairly boring, we all know what they do… But Black Dog brought a bunch of very real and very pungent cannabis plants – you could smell their booth before you could see it. One of which was 8 strains grafted onto one Blue Dream Stalk. As a non-professional grower, I was curious, inspired and impressed by the plants they showed up with. 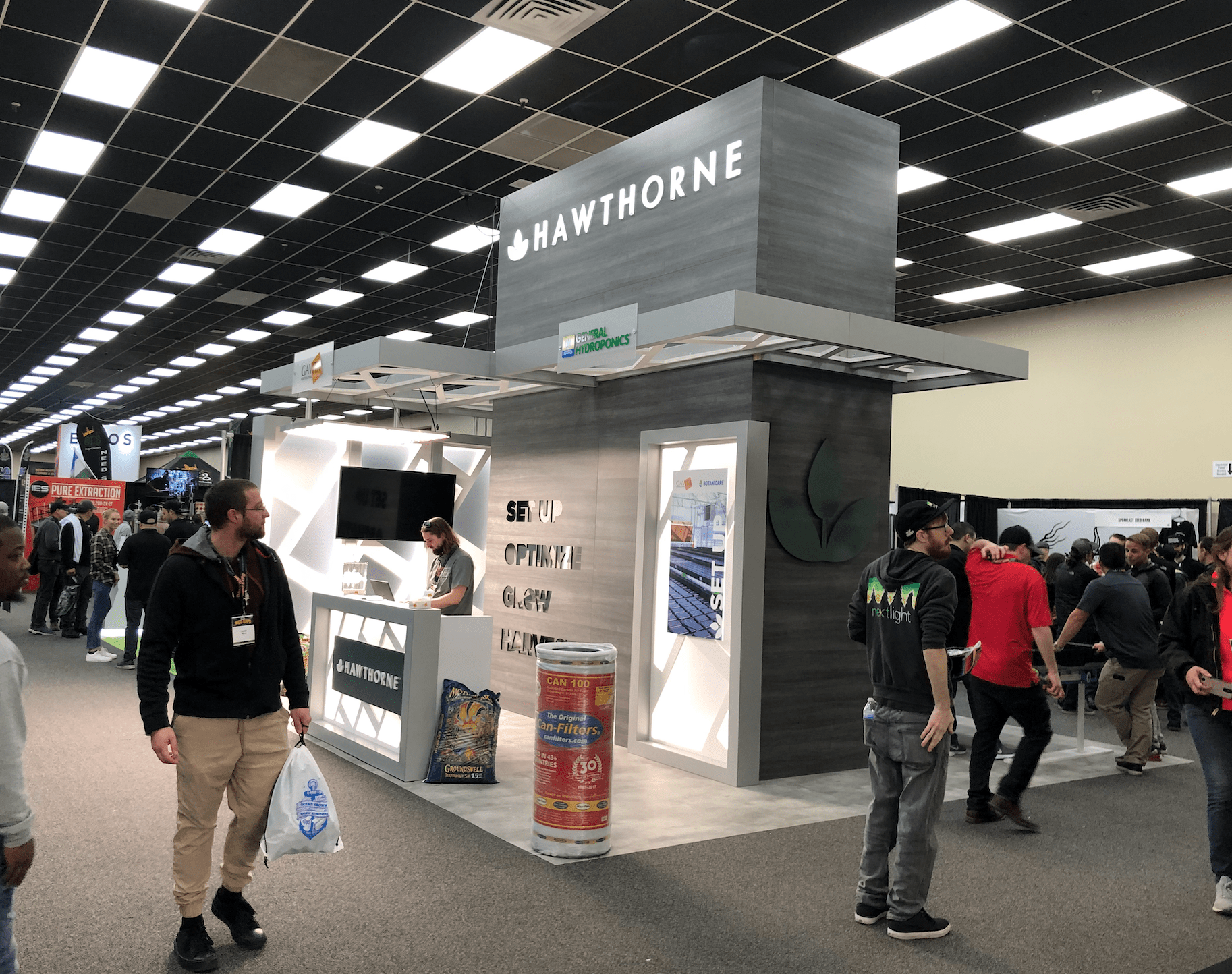 Indo Expo is a fairly small show – many of the booths are just a bunch of hippie dudes with packs of seeds on a table for sale. Its part of the fun of the show, and partly how you know their genetics are probably amazing! But we had to shout out Hawthorne for just having a cool booth. Hawthorne was showing off Commerical growing solutions.

You couldn’t help but wander into Alpine Hemp Co’s booth. They have skateboard decks hanging on the wall, plants, smoking accessories, hats with joint holders, t-shirts and more. Their skater-style apparel appeals to all genders and we thought it was pretty damn cool.

Committed to the Cause 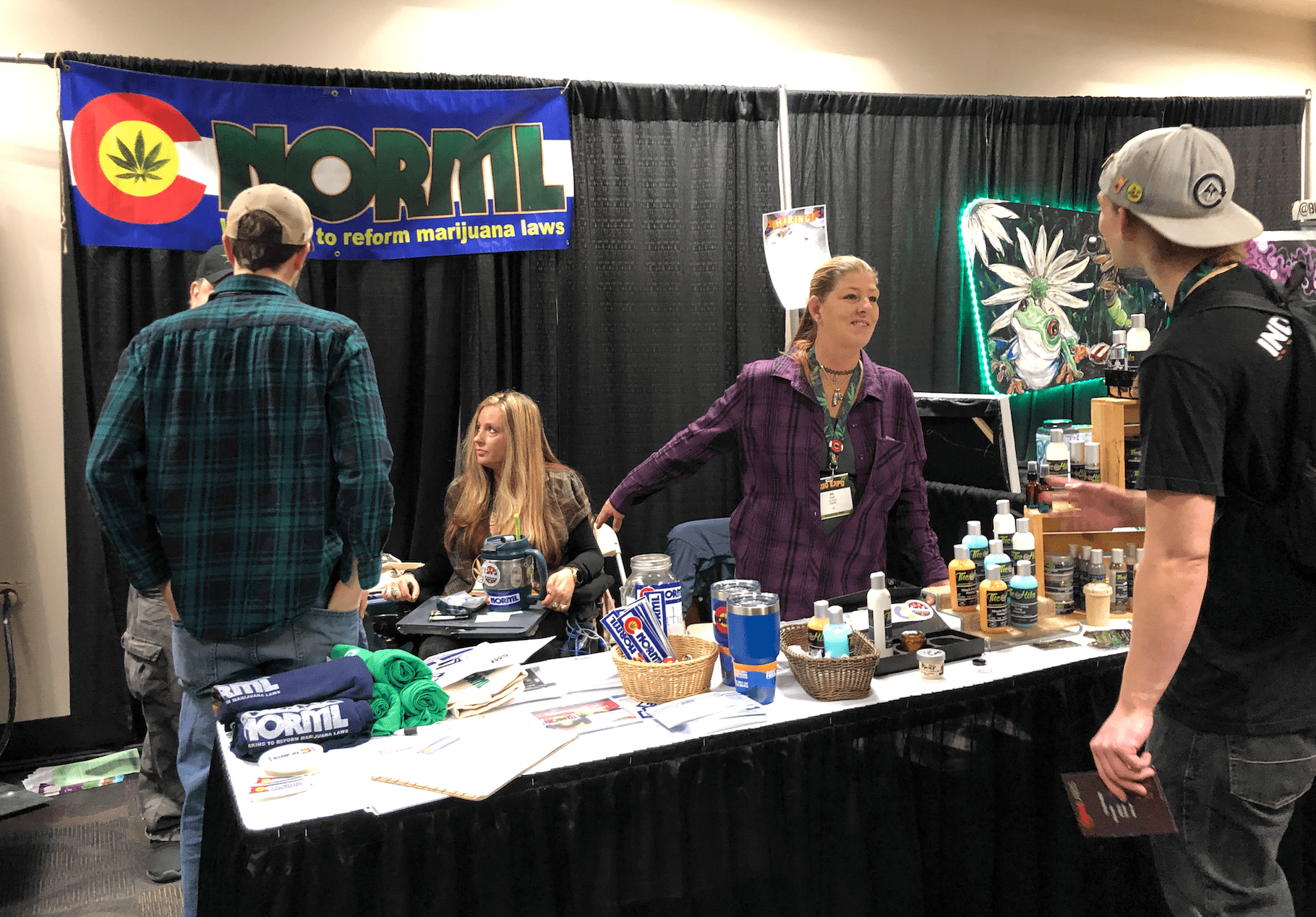 Norml has been fighting for cannabis since before most of these companies even thought about getting in to the industry. We applaud them for their incredible work and we love to see them each year, without them a lot of this would not be possible. go support them on their website here.

We loved Steve’s booth because they brought the fun to the hemp pavilion. There was live painting of graffiti-style buds, free samples galore, and the booth itself was huge. Steve’s products are all local and organic – things we always look for in a product and they have been around forever. 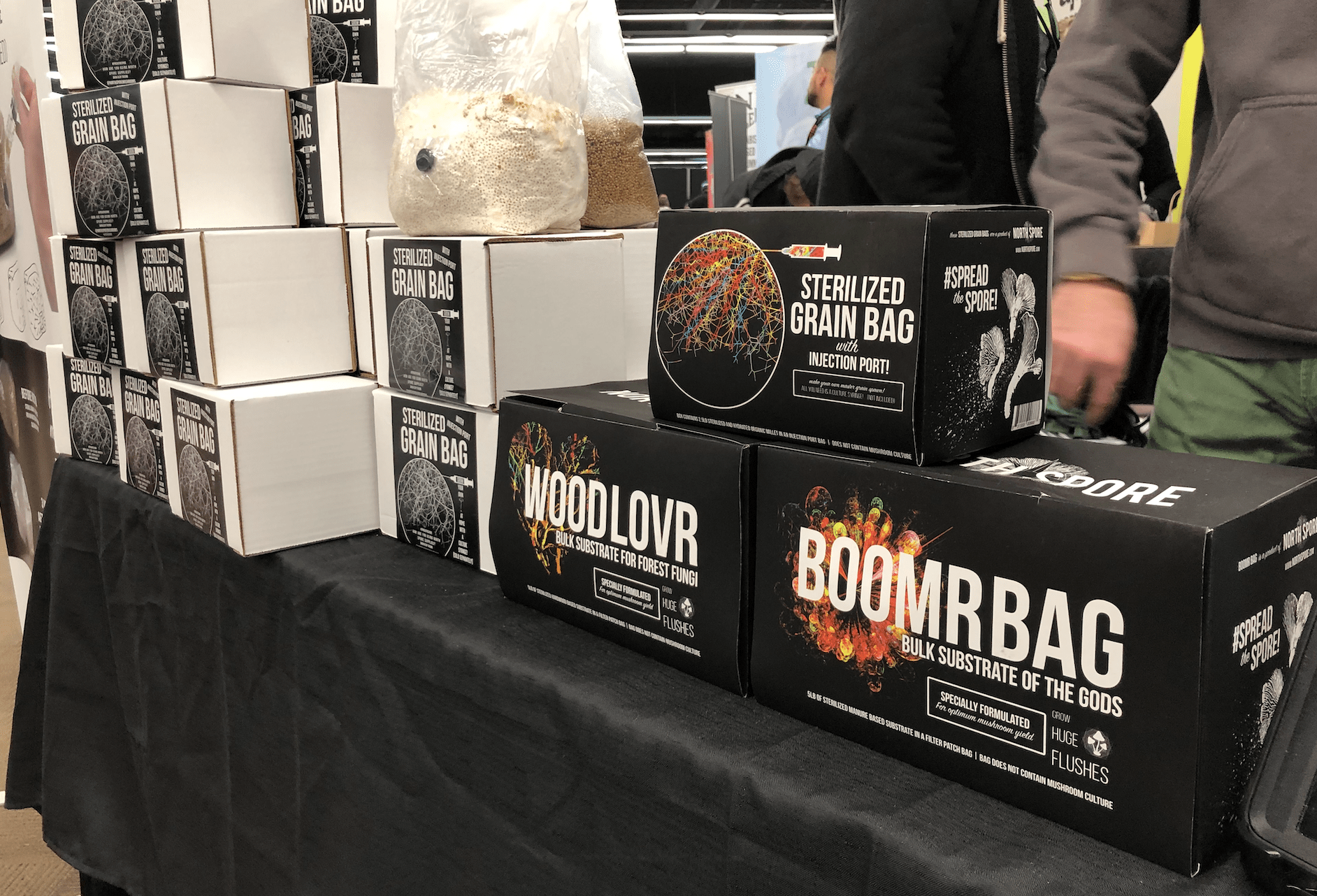 Capitalizing on a demographic that likes to grow their own plants – whether legal or illegal… Boomrbag was selling mushroom growing kits. Making it easy for a home grower to grow healthy mushrooms in an extremely small space. We almost bought one, but considering we are going to be moving back into the CannaVan in 3 months – we decided against it.

Did you See Something great at IndoExpo that needs to be added to the list? We would love to hear all about it – Drop us a Line here >>>