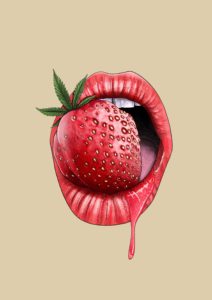 Your host and podcast master, Strawberry Sequoia is constantly prowling the cannabis industry for unique and interesting stories to share.

Industry Insights from the CEO of Cannabis Now Magazine

Cannabis Now Magazine is one of the largest cannabis publications in the nation and have grown a following of 4.2 million since starting 2010. We sat down with Cannabis Now CEO Eugenio Garcia to learn more about the company and get true cannabis industry insights.

“Our goal is to enlighten, educate and entertain by providing the information you need to stay informed and on the cutting edge of industry innovations” 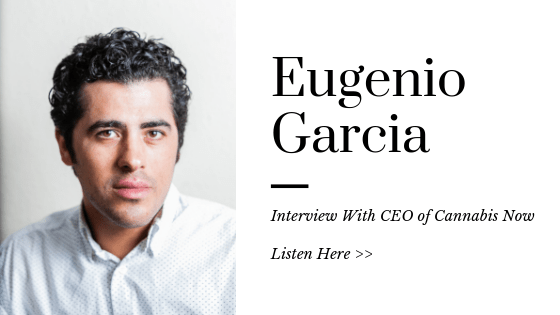 Let’s kick it off with your journey into cannabis. What did that look like? How did you decide to get into cannabis and start Cannabis Now?

Quite candidly from an early age I became aware of cannabis. You want to go all the way back to 1995. My twin brother was expelled from private school for smoking cannabis and that might have been the first official time where I became aware of the legal or negative ramifications of using cannabis in an environment where you’re not supposed to. Like OK, this substance is real. People don’t like if you use it, you’re not supposed to.

Throughout high school (casually as young people do) I was aware of cannabis. Through college, I became a little bit more aware of cannabis, but I’ve always been a fan of its healing properties from a medicinal point of view. I’ve also been always fascinated with the fact that it was so regulated but I didn’t really understand the true history behind it. In 2004, I was in the middle of going through a political science degree at Montana State University and Montana legalized cannabis for medicinal purposes. I said, ‘whoa this is crazy. Are we the first?’ I looked into it and actually, California and one other state had also had medical laws on the books.

So all the way back in 2004 I became aware that this was becoming legal. Fast forward a few years later, 2008-2009, I was a manager at Whole Foods Market. I was highly aware of what a paradigm shift looks and feels like specifically in the organic field. That really excited me to be a part of the organic movement, healthy eating, a Fortune 500 company, and understanding business. I started to get some phone calls from friends who were starting dispensaries and they said, ‘hey we’re starting dispensaries, we’re growers but we have no idea how to do basic business’. So I started consulting.

After a little while, they started to ask me hey where can we learn about cannabis? Where’s the literature? Where’s the media? And at that time there was no Weed Maps. There was no Leafly, all there was available was High Times. After looking into it, it turned out that High Times had not pivoted to reflect the growing demographic of the post-prohibition enlightened consumer.

Long story short, I connected with some friends from college. One of my roommates was a web developer and a gentleman named Todd Heath was a designer. I brought a high times and a newspaper in San Francisco that was focused on cannabis that had amazing journalism but no design. High Times which had pretty decent design but not great journalism at the time and I said, ‘Hey can you make a baby with this if I help you?’

I’d never been a publisher. I didn’t know anything about it. I went and bought a book “How to publish” and one of my very close friends from growing up gave us some seed money and we put out our first two issues of Cannabis Now.

Quickly we realized how popular it was. We sent it to Barnes and Noble and I said, ‘hey this is the new enlightened magazine for the responsible cannabis user, How many do you want to order?’ They ordered 4000. We went national and the rest is history.

I love that it’s an organic startup. You saw the need and you went for it. You had friends in the industry. It wasn’t just ‘I’m trying to make a bunch of money’.

It came from a very holistic mission to positively impact the conversation in an effort to give people the entertainment and education they deserve to make good choices for their well-being. So we founded the company in 2009-2010, it’s been a decade long journey of incubation. Almost like growing a plant you have to slowly water the seed and let it grow. We’ve been waiting for the industry to catch up to us and actually here at SXSW this is a moment in time where I can unequivocally say 100% the industry has arrived. The media is ready, and when you look outside you see the expression of what those two look like. When it comes into perfect harmony.

What are the goals of Cannabis Now? What do you think readers essentially are searching for in a cannabis magazine?

That’s really a two-part answer. So Cannabis Now has developed into a tech media entertainment brand. So in our Cannabis Now 3.0 which started as a 1.0 magazine, a 2.0 social media digital web site traffic environment, now 3.0 which is we are getting into the brick and mortar game. We are opening a store in Beverly Hills next month. It’s a Cannabis Now retail expression where we’re going to be focused on selling CBD and hemp products and cannabis education. 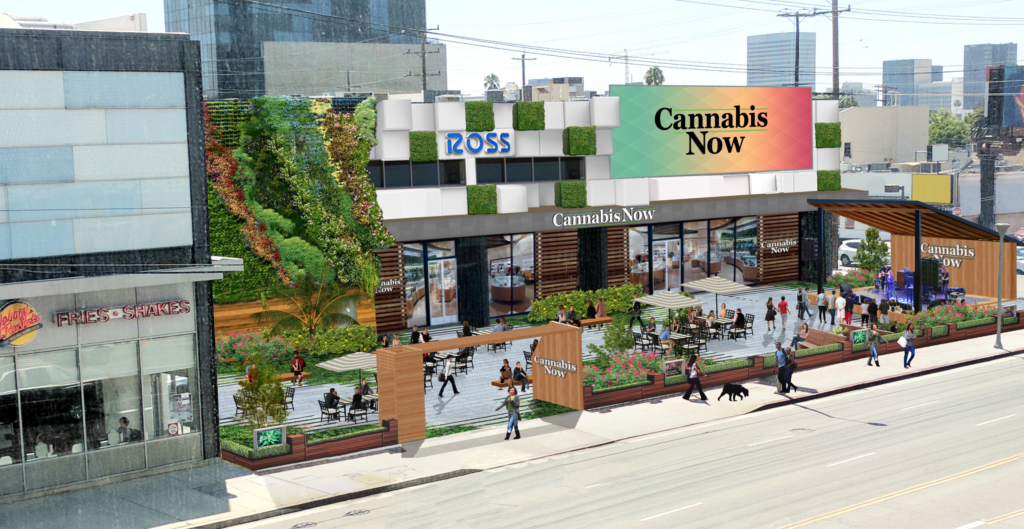 Our goal is to put out content on an international scale and to also provide consumers with the products that are of the highest quality and caliber while collaborating with some of the leaders in the industry.

Have you heard of The Museum of Ice Cream? The Museum of Ice Cream is a bit of a phenomenon. It is an entity that takes over abandoned or long since leased spaces and turns them into experiential environments where younger individuals can come in and take social media pictures of themselves in a grander than life ice cream environment. We’re talking about sprinkles the size of footballs, giant ice cream cones… etc. 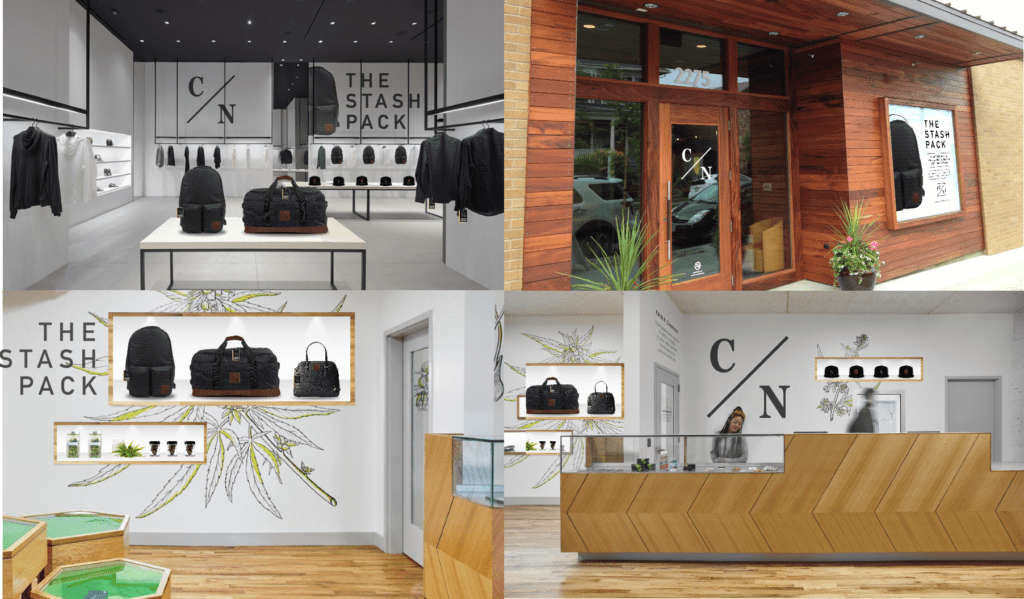 So what’s happening right now in retail is a shift from just a place where you go to buy products to more of an experience. The idea actually has a bit of a flavor from Whole Foods, when you walk into a Whole Foods Market, it’s a bit of an experience. It’s not the fluorescent light of the traditional grocery store, you walk in there are people ready for you. You get the texture and the smells and the sights and the sounds. That is the way that retail is going to end up 10 years from now, you will be going to retail environments that educate you and give you experiential excitement and as an extra you can pick up whatever hard good you’re looking for.

How does your magazine differ from the other publications that are out there on cannabis?

When we first started Cannabis Now there were no other magazines besides High Times. There are still a very limited amount of magazines that are nationally distributed. Now there’s about four or five and we are still the only lifestyle cannabis magazine that’s fully distributed. We enjoy exclusive distribution in 58 airports nationwide through Hudson News. But if you’re just talking about pure paper magazines there’s about 150 of them.

Probably in Denver, there’s 15. Locals ones. But really when it comes down to the magazine and how it’s different, number one is the content. The content is curated by an amazing team of editors. Because we are still a bit of a smaller company everybody curates the magazine together. We have a very strong editorial leadership. Our senior editor Ellen Holland and our associate editor Julia Clark Riddle bring an enlightened approach. It’s a pair making sure that we are not a stoner focused magazine. We have highly curated investigative journalism, you just can’t find that anywhere else.

Speaking of investigative journalism what do you find to be some of the biggest issues in the cannabis industry today?

Access is number one. You can’t get cannabis. Number one biggest problem is access to not just cannabis but CBD. With the recent farm bill act hemp is now legal. However, the CBD laws are still grey in many states.

Number two is still education. People still do not know the X, Y, and Zs of what the plant is, how they can find the plant, how they can use the plant, how it will affect them. A lot of that also has to do with science, science is catching up from sixty years of not being able to test the plant. Money is pouring into this space to help accelerate the learning and the science and the distribution, but I feel like we’re still five years away from truly catching up to where the pharmaceutical companies are or the big brands of the world the Nike’s and the Budweisers. 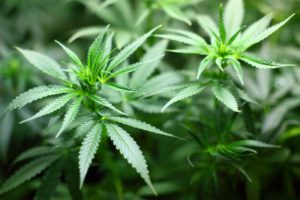 Hopefully cannabis will come out as an accepted recreational product. You can relax and go play some golf, watch a movie, but it also has tremendous medicinal benefits.

What is your 1-year, 5-year, and ten-year industry outlook as a whole and then your prediction for Cannabis Now?

One year from now, I do anticipate we will see a few more milestones. New York City is about to legalize cannabis on the state and New York City level. Other states will transition out of the medical and into the adult recreational use.

Five years, even if Trump gets elected again, the next administration I do believe will legalize cannabis either through pressuring legislation or through executive power. On a federal level the U.S. will join the rest of the momentum of the global community and have a much different stance on the plant.

Ten years from now, hemp will catch up. Hemp as a resource for ropes, for CBD benefits, for food, for clothing…As an industrial product. We forget that going way back into the 1500’s we were using hemp for every single sail and ship that Henry VIII was sailing across the ocean to attack the French with. It was a cornerstone of industry and it’s going to take time to get this plant back into circulation. I mean if you think about THC, awesome. That’s gonna be something amazing. But when you think about the variety that makes industry possible (hemp), it’s going to eclipse the THC industry and in ten years from now it’s going to be pretty exciting to see where that ends up.