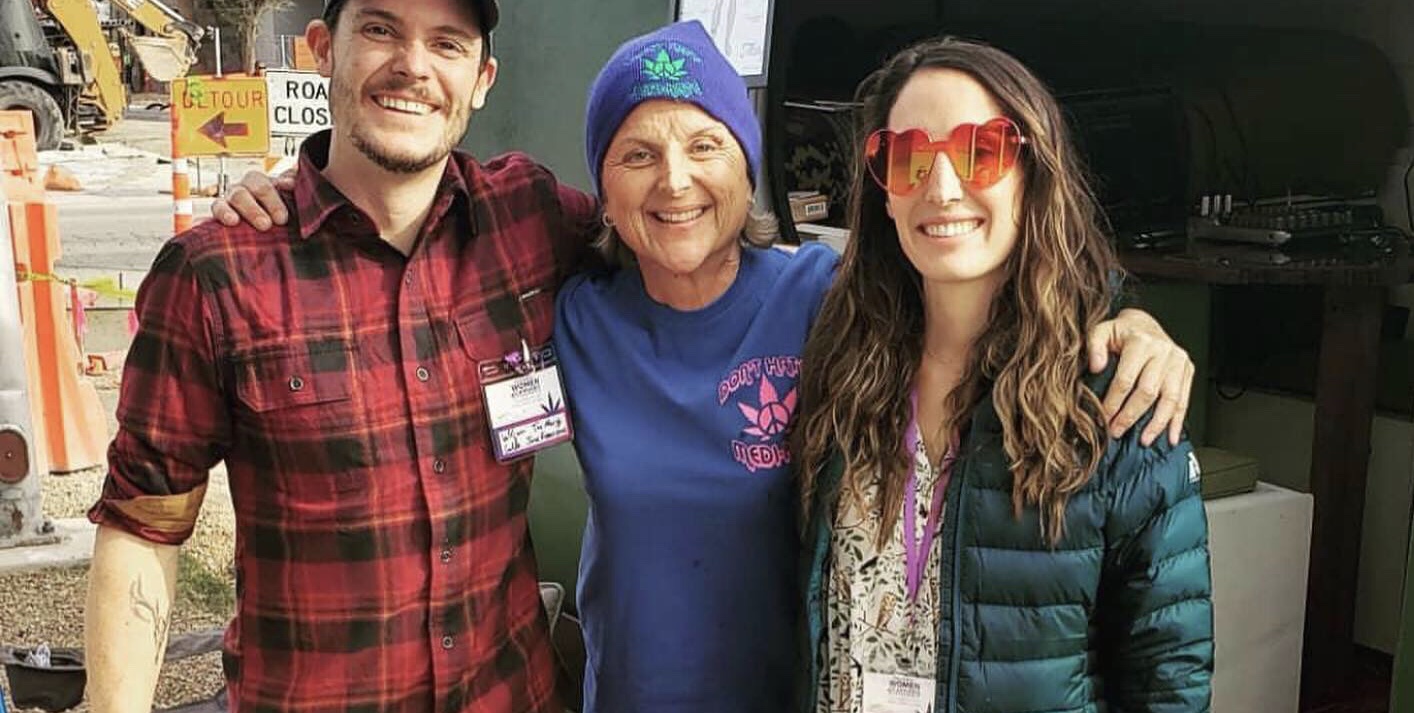 What We Learned in 50 Cannabis Podcast Episodes

It’s incredible how much has happened in the past one and half years. Not only have we reached episode 50 of The Mary Jane Experience, but we have written countless blogs, gone to loads of industry events, logged thousands of miles in the CannaVan, created our own event series, collaborated with many, and learned more than we could have ever expected.

In our golden episode, we attempt to bring you everything we learned all in just one hour.

From our biggest frustrations in the industry, biggest wins for the industry, the coolest people we talked to, craziest cannabis information we have learned, breaking down the science, and beyond.

Enjoy! And make sure to let us know what you are looking forward to in the next 50 episodes!

The Bad/Frustrating/Sad/Biggest Issues in Cannabis:

Let’s start with the bad – some of the biggest issues and frustrations in the industry that we didn’t know about before starting this. The biggest one is that people are still in prison for cannabis. There are still people that are locked up for mandatory minimums through strike rules that are archaic. They were racist in their creation. And when they get out – records should be expunged.

The best thing we can do to help (besides making a big fuss about it, which you should definitely do all the time) is to support organizations that are fighting for this issue:

Donations are probably one of the most helpful things, but even just giving them a like and follow on social media is supporting them – so go do that RIGHT NOW. 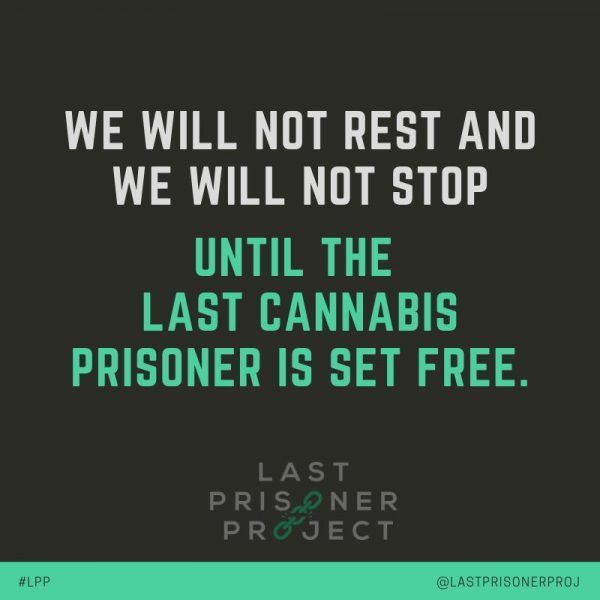 Equity in the industry, in general, is still an issue. Support minority-owned businesses, support local and support women-owned whenever possible. It takes some research to figure out who owns your dispensary’s and who is growing your cannabis. But supporting corporate cannabis is not what this industry needs. So take a few minutes before you buy legal weed and figure out who is growing it and who is selling it and who you really want to support.

Banking is still difficult in the industry. The taxation is still way high. Businesses are struggling. The barrier to entry is extremely difficult because you have to have cash in the bank. You can’t get a lot of business loan. There are a lot of banking restrictions for cannabis businesses in general. We’ve had difficulty just getting credit card processing to sell t-shirts because they have a pot leaf on them – Shoutout to Square for being the only payment solution that supports CBD sales!

Another big frustration in the cannabis world is the lack of research. Cannabis is still labeled as a schedule one narcotic so we cannot get the kind of research that we deserve for this plant medicine. The FDA and NIDA won’t allow it. That leads us to shitty education and companies that make wild claims.

Marketing is a difficulty for cannabis businesses. We still can’t use Google Ads and Social Media Ads. This allows for large companies with million-dollar marketing budgets to win by paying celebrities and influencers to talk about their shitty products. That kind of behavior happening especially in the CBD world is going to hurt the industry in the long run. 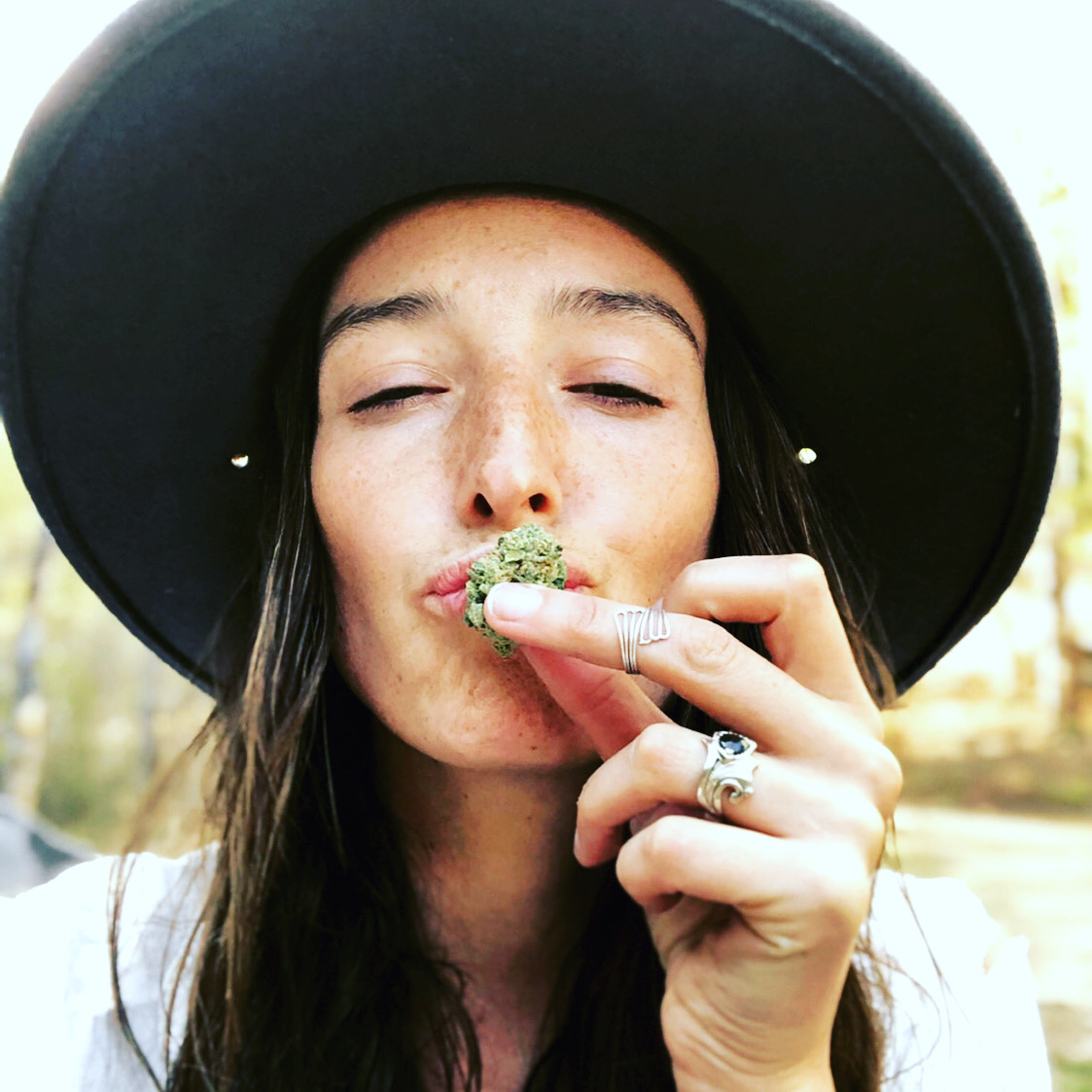 Some Cool Things We Learned:

We started a video series! We are recording 1 video every single day. Short two-three minute informative videos and people have been loving them. One of the big things you hear a lot but not a lot of people really understand is Indica versus Sativa – so this was one of our first videos of the series.

You walk into a dispensary and the first thing they ask is Indica or Sativa, Right? While it is helpful to have a simple classification – people should understand that it’s not that simple.

The only real difference between Indica and Sativa is the botany – Indica Leaves are short and wide, Sativa long and skinny. But as far as effects go, the terpene and cannabinoid profile are what determine the effects.

We’ve learned that terpenes are super important. 10 to 30% of what you combust when smoking are terpenes. So it might be humulene that makes you sleepy or something more uplifting like pinene or limonene giving you energy. Then there’s the cannabinoid profile CBN or CBG might be making you feel certain ways.

When you look at a weed nug and see little crystals- those are trichomes. Trichomes look like little clear mushrooms if you look close and they are actually the little factories on cannabis that produce all of the cannabinoids terpenes and flavanoids that give cannabis its effects.

It was Jeff the 420 Chef that taught us about Trichome Ripeness. During plant growth of cannabis, trichomes go from clear to Milky and finally to an amber color. There is anecdotal evidence to suggest that trichome ripeness might have more to do with those considerations we talk about with Sativa and Indica.

The longer you wait to harvest the more amber your trichomes become. That’s also when the high CBN levels go up. CBN is a really interesting cannabinoid because there’s not very good research on it. But everyone believes it makes you sleepy – especially (or perhaps only) when combined with THC and Calming terpenes.

That brings up the Entourage Effect. As a general rule of thumb, if you want a quality cannabis experience, you want the entourage effect. And what that means is all of the cannabinoids, terpenes, and flavonoids present in the whole plant are present. These compounds interact with one another to give you the best possible effects.

When you look at the CBD market and you’re getting a tincture, full-spectrum has whole plant. It has everything. Cannabinoids, terpenes, flavinoids – there is THC in there, it is just below 0.3%. It won’t get you high, but its in there to help out all of the other plant compounds.

Most broad-spectrum tinctures have had THC removed. And Isolates are ONLY the one cannabinoid like CBD all by itself. Isolates are basically a junk product that isn’t nearly as effective if it’s effective at all.

If you are being drug tested, unfortunately, Full-Spectrum could affect your results – so you would have to stick to broad.

The Endocannabinoid System (a real system in our bodies named after cannabis) and our CB1 and CB2 receptors make all of the benefits of these cannabinoids possible. The whole goal of this system is to maintain homeostasis or balance in the body.

Endocannabinoid Deficiency is a real thing. Dr. Ethan Russo coined that one.

There are cannabinoid receptors in everywhere in your body. It literally affects every system in your body. This is why cannabis is so good at treating almost everything. From PTSD to fibromyalgia to Crohn’s to Arthritis. If you have a deficiency somewhere in your body, you will notice symptoms – ‘I’m getting migraines or I have this problem’ – and the right cannabinoids can actually cure those symptoms and ultimately the underlying problem. 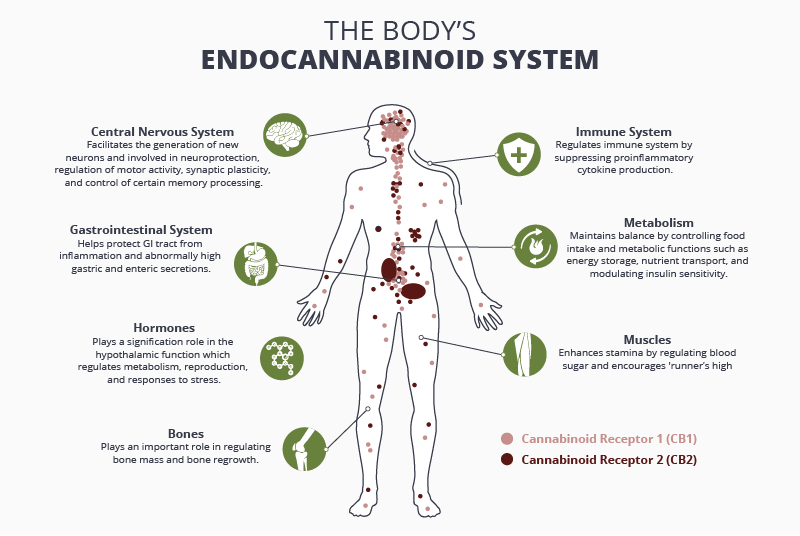 Dr. Ethan Russo on Cannabinoids as Medicine – we just talked about him above, the Neurologist who coined Endocannabinoid Deficiency Syndrome.

Fabricio Pamplona on Cannabis for Alzheimer’s and Dementia. He was the first person to introduce us to the idea of the CB1 and CB2 receptors of the endocannabinoid system. Inflammation causes Alzheimer’s in the brain and he found that it was reduced by black market cannabis tinctures.

Dr. Ellen Wiebe Cannabis For Sexual Pleasure, Menstruation Pain, and Abortion Pain – This episode got super personal and we dove into the difficult conversation to de-stigmatize things that should be seen as basic human rights, like abortion and assisted death.

We hear so many deeply personal stories about how cannabis has changed people’s lives. People spilling all about their personal traumas, rapes, overcoming addiction – so in this episode it was our turn to share all.

G Love aka Garret Dutton of G Love and Special Sauce –  His stories were so interesting and heartfelt. He was so honest and cool as fuck.

Cannabis has really shaped his life and his music career. Smoking weed was when he really started to get into music. So many people related to that. Cannabis has helped many find their creativity and dive into artistic ability.

This is Jane Project – We met them at the women in cannabis conference and interviewed Shannon in the CannaVan. They are bringing to light women using cannabis for PTSD and Trauma. They do this in an artful way and I think it’s a great way to destigmatize both mental health and cannabis use. 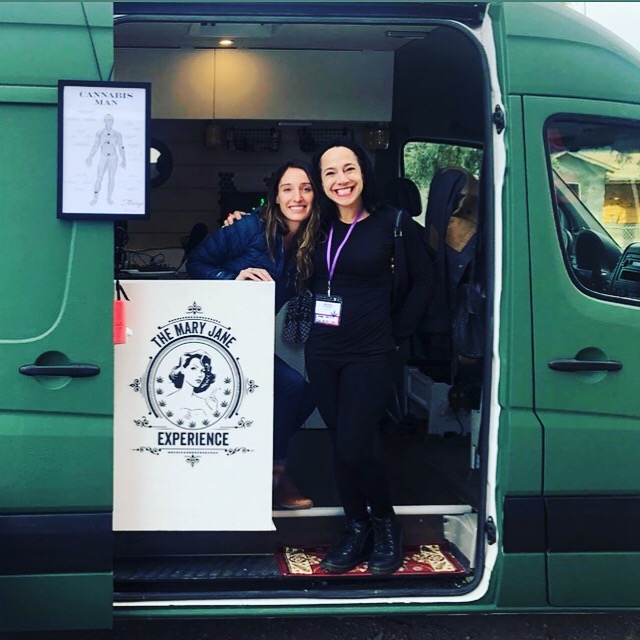 Sue Sisley for her unending efforts to get real cannabis research

Dr. Ethan Russo for his inspiring work and research on cannabinoids

Leah Maurer from The Weed Blog, she was one of our first interviews about cannabis and parenting and has remained a friend and collaborator ever since

Aliza Sherman of Ellementa – our first ever interview! And for providing a network for women to learn about cannabis

Boulder Honey Pot for collaborating with us on local wellness events

Curt Robbins teaching us about terpenes and cannabinoids

Weed and Grub, MI CannaCast, Lit and Lucid, and all of the other cannabis podcasters that we have been able to collaborate with

Our followers for all of your support and kind words of encouragement!

So many more! Thank you all for your help.